Working with a local Clinical Commissioning Group to improve the carbon footprint of inhalers by establishing a decision support alert for GPs and a safe disposal and recycling scheme.

This project was initiated as part of the Green Ward Competition organised by the Centre for Sustainable Healthcare (CSH).

Research into the carbon footprint of various inhaler types allowed carbon saving alternatives to be identified and implemented locally and within the Clinical Commissioning Group (CCG).

Locally we also promoted and offered a safe inhaler disposal and recycling scheme. We aimed to increase both staff and patient knowledge, empowering more sustainable decisions.

Doctors are becoming increasingly aware of the impact of healthcare on climate change and in October 2020 the RCPCH declared a climate emergency. The NHS has set the goal to become world’s first national health system to commit to ‘carbon net zero’.

Paediatricians choose aerosol metered dose inhalers (MDI’s) over dry powder inhalers (DPI’s) in view of their suitability for young children whom have difficulty co-ordinating breathing and simultaneous administration of the medicine. 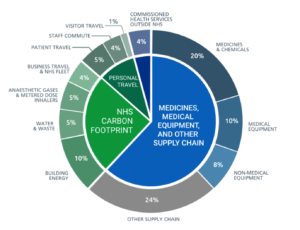 This project idea was shaped by participation in the Green Ward Competition, a leadership programme run by the CSH.

Special thanks go to Dr Olivia Bush and Ingeborg Steinbach at the CSH for making this project possible, assisting with networking, and performing the carbon calculations.

Thanks also go to:

Process mapping helped to direct the project to junctures with potential for improvement (Figure 2). 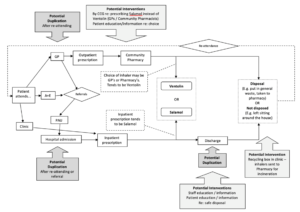 Figure 2: The Process map used during this project 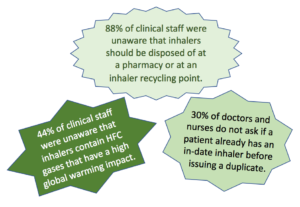 Figure 3: Some extracts from the staff survey about sustainable inhaler knowledge

Research was undertaken to find out the types of salbutamol MDI’s being used in the hospital and community. We were pleased to learn that the Trust was only using Salamol, that uses a lower volume of hydrofluorocarbons (HFC) propellant. However, analysis of community prescribing within East Berkshire CCG showed that in the preceding 3 months 14,348 (51%) of salbutamol inhalers prescribed were Ventolin. Ventolin has the highest carbon footprint of all salbutamol MDIs on the market (Figure 4).

Figure 4: Comparing the carbon footprint of Ventolin versus Salamol

We confirmed our Trust were not enrolled in an inhaler recycling scheme. A patient survey also confirmed that knowledge and practice about safe inhaler disposal was poor: 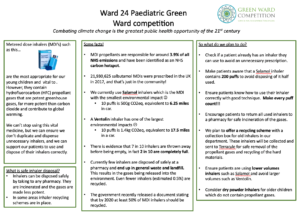 Figure 5: The staff poster used to educate about the sustainability of inhalers

Using CCG data from open prescribing, we were able to calculate the change in prescribing practices prior and post the project being implemented.

We collected staff and patient thoughts and reflections after providing education about safe inhaler disposal and how to make inhalers more sustainable.

Upon analysis of our initial results, we demonstrated a substantial carbon saving by encouraging GPs to substitute high volume inhalers (Ventolin).

100% of those surveyed expressed a willingness to dispose of inhalers safely, at their local pharmacy or in an inhaler recycling scheme, once they were informed of the negative environmental impact of disposing in landfill. It is hard for us to calculate how many people changed their practice as a result of this, although we are aware that engagement in the recycling scheme at our Trust appeared good (Figure 6). 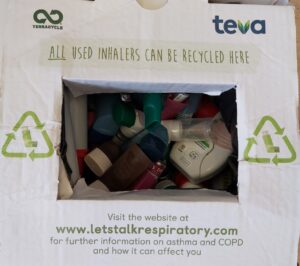 Figure 6: A photo of the Trust inhaler recycling box implemented

If we presume that 30% of patients and/or carers changed their behaviour to dispose the inhalers at their local pharmacy, this would save 11 tonnes CO2e. This carbon footprint calculation is based on assumptions made in line with findings of a study carried out in primary care in Brighton1.

However, few patients use just one inhaler per year, so the potential saving is likely to be higher. If we assume that each patient uses 4 inhalers per year, then the savings would be 44 tonnes CO2e (note that an average UK citizen has an annual total carbon footprint of 10 tonnes CO2e).

We were able to demonstrate a change in GP’s prescribing patterns of salbutamol inhalers, with a 30% reduction in the proportion of Ventolin inhalers prescribed, and instead prescribing Salamol. This change represents a saving of 363 tonnes CO2e over 1 year (Figure 7). 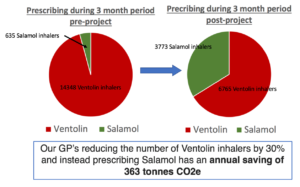 Figure 7: The reduction in Ventolin inhalers, and switch to Salamol within the East Berkshire CCG

Our project anticipated to have a mostly local impact, however using project mapping we were able to identify that influencing wider CCG prescribing could have a much larger carbon cutting impact. This highlights the importance of networking with other teams.

The importance of clear communication of our project aims was highlighted when there was an initial mis-understanding that our aim was to move all of our paediatric population from MDI’s to DPI’s. Using a poster campaign we highlighted this was not the aim and that MDI’s continue to be the most suitable vector for our young patients, and that no environmental benefit should be at the expense of good respiratory health.

Another critical concern raised was that if patients become aware of the environmental impact of inhalers, they may stop using them altogether. This was a particular concern amongst their teenage population within which compliance is already poor. We took these concerns seriously and during this time the data collection and further progress of our project was halted.

Group discussions were held to consider this issue and it was felt that highlighting the environmental impact and importance of inhalers could actually improve engagement by considering them as a valuable resource and one to be respected. Similarly, the empowerment of patients is important and seeing as an adult National Institute for Health and Care Excellence inhaler decision aid now considers environmental aspects, children should not be denied this choice as well.

In summary, although these challenges can be time consuming and frustrating, this reflects the complexities that need to be considered to make lasting change. It is important to progress at a pace that allows everyone to be involved in the decision-making process. Doing this means that change is embedded and individuals are empowered with the expertise to make their own sustainable decisions.

A small sustainability team within our paediatrics department has now been created and we hope to engage with adult services and cross site to expand the impact of this project.

This project has highlighted the importance of considering the carbon footprint of inhalers in decision making. However, we did not consider the possibility that DPI’s may actually be an underused resource in our older paediatric population. If suitable for the patient, switching from MDI’s to DPI’s would have a much bigger carbon cutting impact than that demonstrated in this project.

We also felt that we were unable to address the potential issue of duplicate inhalers being prescribed, but this could be an area of improvement.

Presentation at Conferences or Meetings and Publications

Submit a project or ePoster