Recognition and Response to Sepsis in the Paediatric Emergency Care Setting

The Paediatric Sepsis Network provides an open clinical forum to formulate meaningful changes in sepsis care based on national guidance.

The incidence of de-novo sepsis in previously well children presenting to UK emergency departments is low. It is therefore challenging to effectively implement national screening and treatment strategies. The consequences of delayed or missed diagnosis are however devastating. The Paediatric Emergency department at University College London Hospital (UCLH) has seen significant restructuring in the last year in terms of refurbishment, workforce skill-set and electronic patient systems (EPIC).

We have used this changing environment to our advantage by implementing local quality improvement and research initiatives to improve our vigilance and response to paediatric sepsis in partnership with the Paediatric Sepsis Network.

Over the last 3 years there appears to have been a much needed wake up to sepsis in the public domain. However, the daily challenges faced by front-line clinicians, often working in isolation, remain largely unchanged. Since its inception in autumn 2017, the Paediatric Sepsis Network has been bringing together healthcare professionals and academics from acute, emergency and inpatient paediatric services from across London and beyond. Delivered in partnership with the Health Innovation Network (HIN) South London and UCL Partners, the network aims to address the clinical, cultural and social challenges unique to children at risk of sepsis.

Making the Case For Change

NICE released “Sepsis: Recognition, Diagnosis and Early Management” (NG 51) in 2016. In July 2018 the Royal College of Emergency Medicine published six standards to benchmark good practice nationally for children under the age of five presenting with fever. The standards were measured in 181 emergency departments in 2018-19. Results and subsequent recommendations included:

Over 100 individuals from across three London Academic Health Sciences Networks and patient safety collaborates (representing > 30 hospital trusts) meet regularly to explore sepsis challenges at each stage of the patient pathway and collaborate to provide practical solutions and improve care. Themes include:

QR codes provided to parents on discharge from the emergency department enabling access to online video resources with standardised safety netting advice and subtitled in 15 languages. 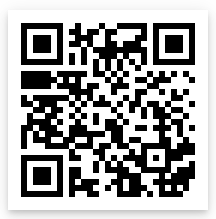 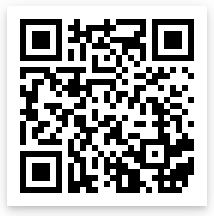 Regional pilot of a prototype registry involving three paediatric emergency departments across London, in response to NICE recommendations for more robust epidemiological sepsis data, to better inform national screening and treatment initiatives. It aims to address current feasibility of a common data registry for paediatric sepsis in a healthcare landscape with wide digital disparity. If a local pilot registry is viable, it may enable roll-out to a wider region, providing data and evidence to support evaluation of diagnostic criteria, interventions, planning and redesign of services.

At UCLH our electronic patient system (EPIC) is a paradigm of technological excellence in healthcare. However, this doesn’t always translate to better patient care. We realised that compared with historical paper-based system, less children were screened for sepsis at triage following introduction of EPIC. Accordingly we collaborated with the Deteriorating Patient Safety Group to facilitate improvements in our electronic screening at triage.

We need to engage in a national dialogue to overcome challenges associated with sepsis and deterioration in children. If we are transparent in sharing experiences and collective in driving improvements in care we can improve outcomes from sepsis.

At UCLH our sepsis initiatives have been successful because we learned from the experiences of others and collaborated closely via the network. The Paediatric Sepsis Network is continually evolving and reaching out across England. We are fortunate to have regional experts from both paediatric and emergency medicine backgrounds. Network forums allow for dissemination of the most up to date evidence reviews as well as the inspiring results of local quality improvement projects to combat sepsis.